In order to succeed in any given area, you need vision. That is just what I had 45 years ago, looking after the two pigs that were all the worldly wealth of my poor family. I realised that my abilities would be better used if I was looking after a hundred or more. From that day to this I have been fascinated by large numbers. Achieving high productivity, low costs and optimal quality, whilst monitoring the demands of the market and adapting to them – these are the foundational principles. Anyone thinking or doing differently is destined for the scrapheap of business. Many people ask me when I plan to stop and enjoy the fruits of my labours. For me there is no stopping. I am most rested when I am forging ahead, and the most important thing is to take a decision, even if it’s the wrong one. As an employer with over two-and-a-half thousand employees, I can say that there are no bad employees, only bad managers. When you realise this then success is just around the corner. 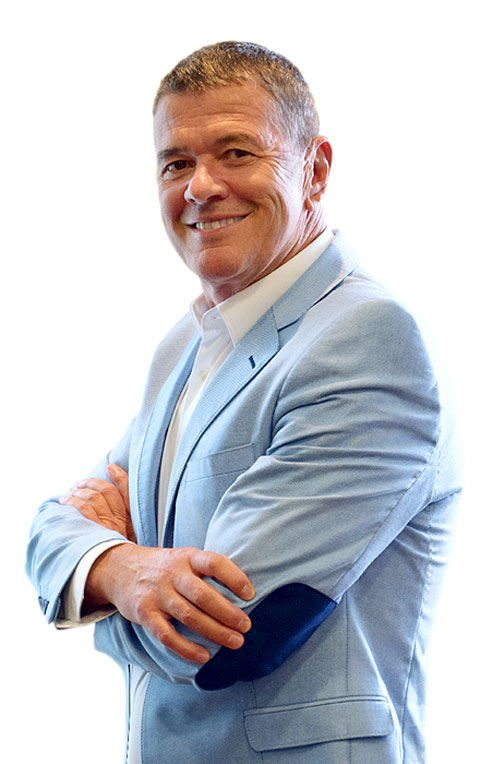 Since its founding in 1991 as a craft trade store “MIM”, the company has always strived for the rise and development of production and today has become the leading company in Serbia in the production, processing and trade of meat and meat products. Today the company employs more than 1700, of whom more than 1100 are employed in 155 retail outlets all over Serbia, from south to north.

It consists of 106 companies in the field of agriculture, trade and catering. IM Matijević d.o.o. together with these companies it forms one conglomerate, which unites 3,300 employees. “Matijević Agrar” cultivates about 36,000 ha of agricultural land in the province of Vojvodina and about 2,000 ha in the Republic of Croatia.

By purchasing the membership fees of two agricultural cooperatives in the Republic of Croatia, in Stari Jankovci and Negoslavci, with about 1,500 ha of arable land, the owner of IM Matijević, Mr. Petar Matijević, became the largest owner of arable land in that country, which especially ties him to the area. as his birthplace, where he spent the best days of his childhood.

Our modern production facilities are production capacities with an area of 30,000 m2 that meet all relevant standards and have the highest level of certification.
Logistics

Our large logistics capacity - the most modernly equipped vehicles for the transport of livestock, poultry and finished products, from industrial plants to retail facilities – confirms that the entire production process is complete.
Production
Production takes place in a single location, in newly-constructed production and storage facilities and using the same, ultra-modern equipment used in the production and processing of meat and meat products in western European countries.

The production lines have all been built in the last couple of years and occupy an area of 35,000 m2. Especially worth noting are:

The industrial production is supported with the equipment of the latest technology and results with an average of about 120 tons of finished products per day, of which 95% is sold in 155 own modern retail facilities in sixty cities across Serbia, while the remaining 5% is sold in wholesale.

In addition, it has organized its own transport service, with over 100 specialized and modernly equipped vehicles for the transport of livestock, poultry and finished products from industrial facilities to retail facilities.

The most modern and up-to-date technology, high quality products, branded packaging, are recommendations for consumers to choose the products of this company.

From the fields to the table

What does it mean when we say: From the fields to the table? For us, it is a confirmation of your trust. And proof that every part of the complex meat production process is under strict control and in accordance with the highest standards.
Responsible business

In addition to caring for our customers and consumers, our company's priorities are caring for employees, responsible behavior towards the environment, as well as providing contributions to the community.
Investments and plans:
The company has invested a significant portion of its accumulated earnings into the purchase and rehabilitation of other companies which it has taken on majority ownership of through the purchase of shares. These are companies from many different industry sectors, and as affiliated companies they can be considered part of a complete “From the field to the table” system of production.
Companies

Investments in quality and increasing the volume of industrial production of meat and meat products, as well as in providing and equipping new retail facilities in the most modern way, are our key strategic plans.

Investments in quality and increasing the volume of industrial production of meat and meat products, as well as in providing and equipping new retail facilities in the most modern way, are our key strategic plans.